Building a City in the Desert

–Within two years, accommodation for 2000 is built. Within three years the community is incorporated as the city of Rajneeshpuram, providing services to the now 5000 residents. Annual summer festivals are held which draw 15,000 additional visitors from all over the world.

A special economy is ingeniously created whereby everybody’s spare cash is pooled and recycled within the city. People who contribute get a card of the equivalent value, similar to a debit card, which they can use to spend anywhere in the city. This ‘spare change’ money quickly adds up to almost 2 million dollars. With the pooling of labour and capital, everything is re-invested to create a continually growing and self-sustaining system. More.

Roads, dams, lakes, a shopping mall, office buildings, restaurants and a cafeteria to feed over a thousand people at a sitting are built, all by sannyasins working voluntarily. 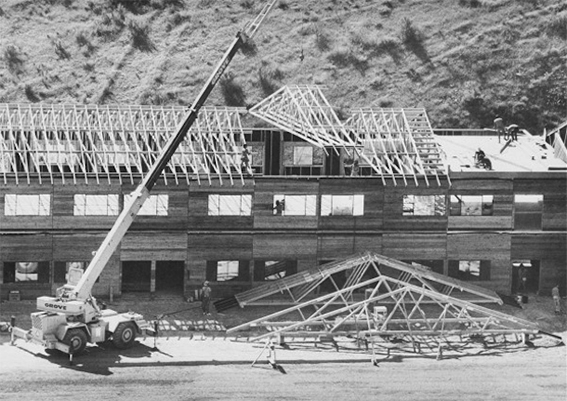 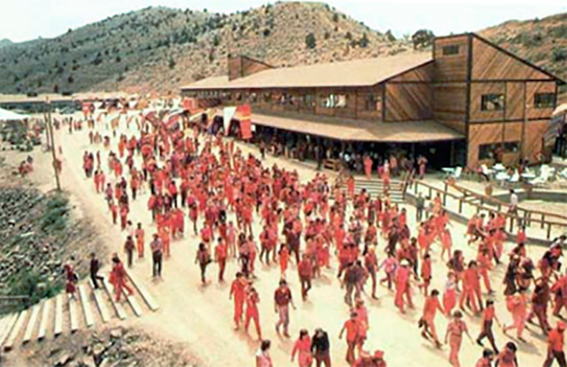 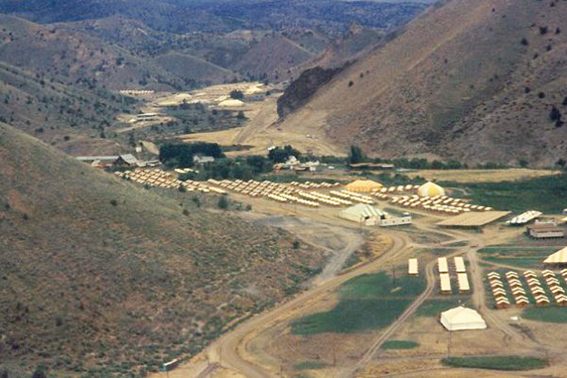 A University of Oregon study found that the sannyasins were mostly young and highly educated. ‘The sannyasins are supremely self-possessed, confident, relaxed and happy people. Moreover they are all, as far as I know, bright and competent. None of these dreary losers, dopers, lazy­ bums, drop-outs, misfits, and dreary-eyed malcontents you can always find in, well, communes. Hell, no. This is all cream, with no dregs. And not a hippy in the whole bunch.’

‘Deep in the dusty mountain range country made famous by John Wayne’s cowboy movie, Rooster Cogburn, they labor as few of us would believe and even fewer would tolerate. Twelve hours a day, seven days a week, they’re at it – turning near desert into an oasis which is a credit to human endeavor. In four years, they’ve turned valleys on their 310 sq. km. Rancho Rajneesh from dead brown to flourishing green. They run the healthiest herd of dairy cattle in the district, produce scores of vegetable varieties to feed up to 15,000 people at a time, and from a new vineyard, they are on the brink of standing their first bottle of home-made wine. [Osho]’s people have their own travel agency, the fourth largest bus fleet in the State of Oregon, and a four-aircraft airline. They produce a weekly newspaper and have a heavily armed “peace force” to protect citizens.’ West Australian Sunday Times, July 28, 1985. 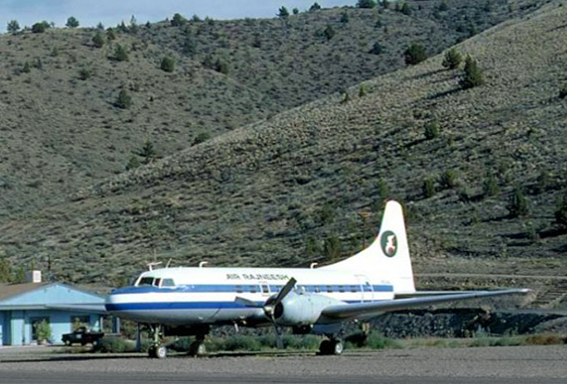 Visiting journalists note: ‘The city’s infrastructure includes a 90-foot high earthen dam and 35-acre reservoir, an electric power substation and underground utilities, sewer and water systems, an elaborate solid waste recycling sys­tem, a paved airport, 35 miles of roads, parks, and a lake reserved for skinny-dipping, several housing complexes and a 100-bus transit system said to be the fourth largest in Oregon’, ‘a 47-room first-class hotel, a medical clinic, a school, a newspaper, and forty businesses.’ ‘The sannyasins had also planted more than one million trees around the city.’ 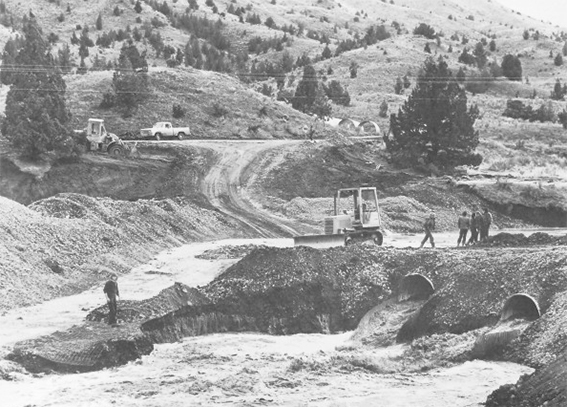 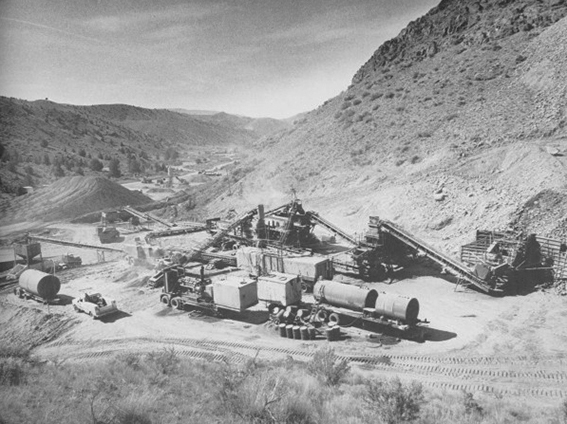 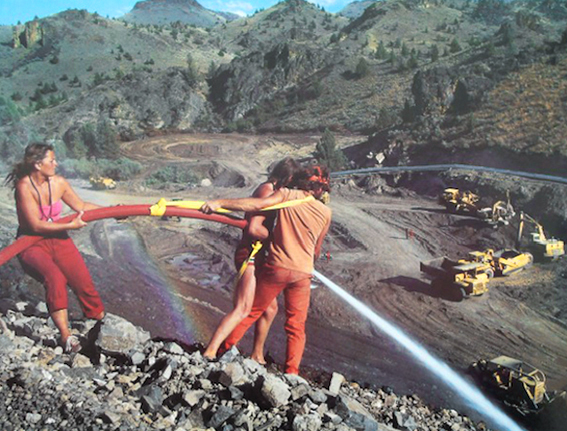 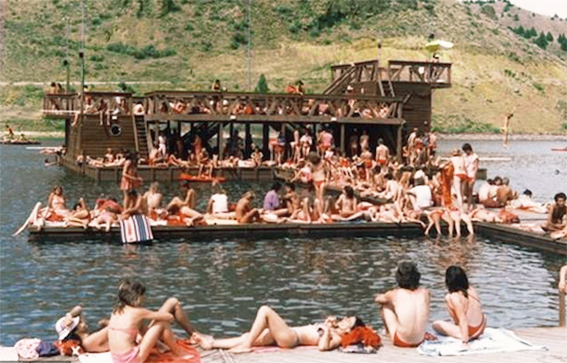 Reporters are particularly captivated by the environmental policies instituted at the ranch.